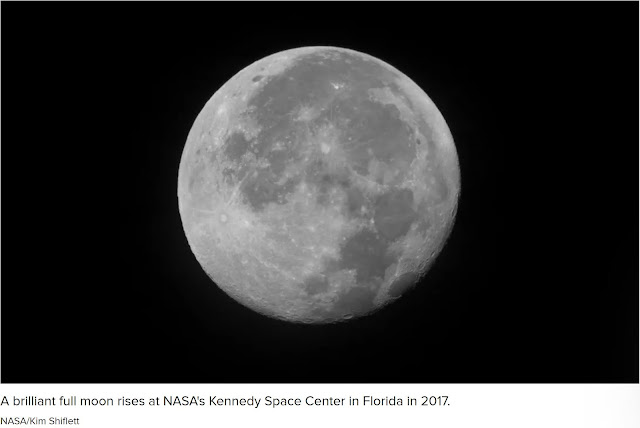 All manner of spooky imagery represents Halloween, or "All Hallow's Eve." Blood-sucking vampires, snarling werewolves, wicked witches, and zombies from the grave - just to name a few - are featured in masks, costumes, and decorations. 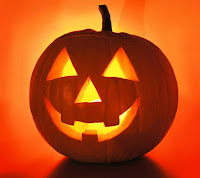 Jack-o-lanterns, another familiar sight, light up porches and windows.

Halloween is also associated with the full moon, and tonight's moon will live up to the imagery and then some.  This evening, the moon will be full, a "Hunter's Moon," and a "Blue Moon."

Despite the full moon's association with Halloween, a full moon on Halloween is actually uncommon. The last time the moon was full on Halloween was in 2001, 19 years ago. The moon will not be full again on Halloween until 2039. From that point, there will only be three more Halloween full moons before 2100 - 2058, 2077, and 2096 - in predictable 19-year intervals. This 19-year chronological cycle is sometimes referred to as the moon's "Metonic cycle."

Is a "Blue Moon" Really Blue?

In short, no. A "Blue Moon" is not really blue. However, the phrase is part of our lunar lexicon. Like the "Harvest Moon," the "Blue Moon" was even popularized in the 1960's by a doo-wop group called The Marcels.
What is a "Blue Moon?" A "Blue Moon" occurs when a calendar month has two full moon cycles instead of one. The second full moon is referred to as a "Blue Moon."
While not rare, "Blue Moons" do not happen frequently. Before 2020, the last "Blue Moon" occurred in March 2018. Before that, January 2018 displayed a "Blue Moon." However, before that, no "Blue Moon" had lit up the night sky since July 2015. This sporadic phenomenon gives rise to the adage, "Once in a Blue Moon," referring to something that does not occur often.
For skywatchers in general, or those interested in the moon in particular, Halloween 2020 offers up a special viewing treat. Go outside and enjoy the full, Hunter's, Blue Moon of 2020.