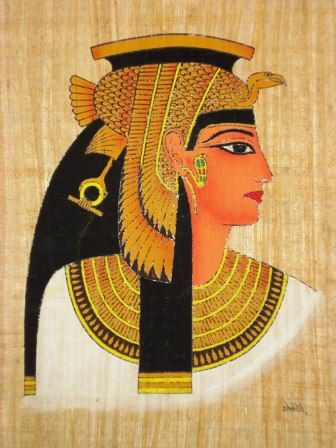 Italian archaeologists have been searching for the long-lost tomb of Cleopatra for 12 years, according to Egyptian Minister of Antiquities, Dr. Zahi Hawass. They are not alone in their search. Dominican archaeologist, Kathleen Martinez, also searches for the elusive queen's burial chamber near Taposiris Magna near Alexandria. She believes that Egypt's last ruler lies entombed next to her beloved, Mark Antony. You can read more about her incredible journey here.

However, a leading Italian newspaper jumped the gun recently by announcing that Cleopatra and Mark Antony's tomb had been found, misinterpreting a speech given by Hawass in Italy, where he stated that if their tomb was found, it would be an incredible find.

Hawass is certainly correct in his assessment. In fact, one can almost understand the Italian media's jump to conclusion. Cleopatra VII remains one of the most popular, mysterious, and misunderstood figures from ancient history and certainly the most well-known female from the period. She has been the subject of many books and movies, most famous of which is Elizabeth Taylor's 1963 Hollywood-style portrayal of the Egyptian queen in the movie, Cleopatra, shown below right. 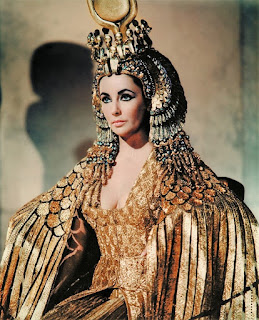 Historical writings about Cleopatra are sparse. Plutarch's biography of Mark Antony comes the closest to a narrative about the queen. Unfortunately, it was written 100 years after her death. Another source is Cassius Dio's account in Roman History. However, it was the Roman poems written after her death that vilified Cleopatra as a conniving and grasping seductress, a foreign queen who used strange means and a hyper-sexuality to ensnare and bewitch not only Mark Antony, but also Julius Ceasar before him. This characterization is highly suspect and almost certainly false to a large degree. More recent scholarship about Cleopatra reveals a highly educated, multi-lingual, charming woman (but no raving beauty), who was strategic, and certainly ruthless. Then again, she had to be. She was a queen in a king's world, after all. Perhaps, her wits attracted Caesar and Antony rather than some all-consuming sexual spell she cast on them. In fact, Cleopatra may have been an intellectual breath of fresh air for the two men who would have been accustomed to (and perhaps bored with) relatively subdued and subservient Roman female aristocracy. What they found in Cleopatra may well have been an equal, if not better, companion and confidant.

Moreover, when it comes to ancient history, the victorious in war write the histories about the defeated. The Romans were masters of using this tactic to belittle and demean the peoples they conquered. When Cleopatra and Mark Antony were defeated by Octavian (later known as Augustus, first emperor of Rome) at the Battle of Actium in 31 BCE, and then she and Antony both later committed suicide (or so the story goes), the truth about Cleopatra was left to the mercy of contemporary Roman poets who had no incentive to portray her in anything other than most negative light possible to curry favor with Augustus. 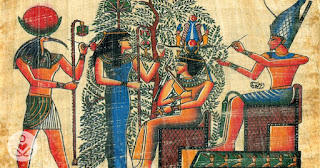 Yet, despite being defeated in battle by Augustus, Cleopatra's popularity today eclipses his. Next to King Tut, she might well be the most famous person from Egyptian antiquity. If Cleopatra's tomb is discovered, it will be the most incredible find since Howard Carter discovered King Tut's tomb in 1922. We ancient history (and Cleopatra) enthusiasts can only wish archaeologists luck in their search. Let us hope they find her.