Myths And Superstitions About Solar Eclipses 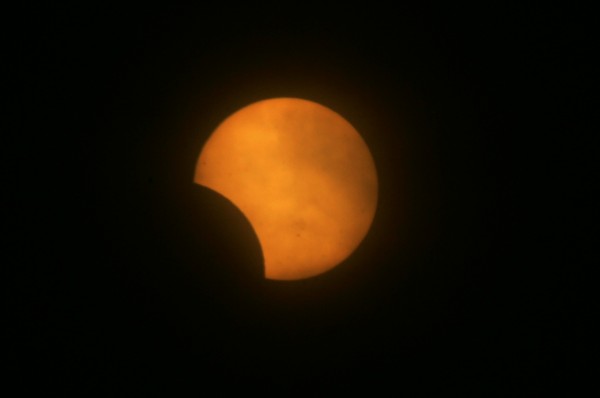 As one might expect, eclipses, both solar and lunar, have been the subject of much myth and superstition.  To ancient peoples, the sun was a constant, predictable force in their daily lives.  Many (if not most) ancient cultures worshipped the sun or had a god devoted to the sun.  When solar eclipses occurred, they struggled to explain what was happening.  In most (though not all) instances, solar eclipses were viewed as a bad omen, a time of great turmoil and disturbance.  For example, the ancient Greeks believed that a solar eclipse was a sign of angry gods and that it marked the beginning of disasters.

Many cultures sought to explain solar eclipses by reference to mythical animals devouring the sun. In Vietnam, for example, people believed that a giant frog devoured the sun; the Vikings believed it was wolves.  Some Native American cultures believed it was a giant bear.  In ancient China, a celestial dragon was responsible for eating the sun.  In fact, the oldest known word for an eclipse comes from China - chih or shih - which means "to eat."

Perhaps, the most unusual myth about solar eclipses involves the Hindu demon Rahu.  Rahu disguises himself as a god so that he can taste a nectar that grants immortality.  The sun and the moon spy Rahu and tell Vishnu.  Vishnu cuts off Rahu's head, and it goes flying across the sky, consuming the sun and the moon.

Because they tended to be viewed as disruptive events, predicting solar eclipses became an important skill to ancient people.  Existing records show that the Chinese and Babylonians were able to predict solar eclipses as early as 2500 BCE.