Are You Triskaidekaphobic? The Enduring Belief In "Unlucky" Friday The 13th 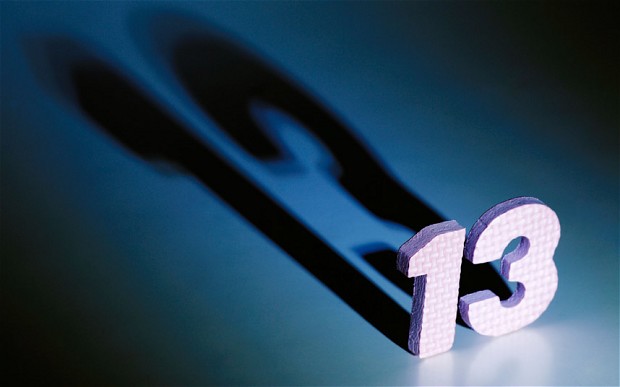 This past Friday was Friday the 13th, a day that casts fear and dread in the hearts of some 17 to 21 million people just in the United States.  Some people are so fearful of this day that they develop a phobia about it - triskaidekaphobia.  People who suffer from triskaidekaphobia may refuse to transact any business on Friday the 13th, go to work, or even venture out of their homes on Friday the 13th because of the belief that it is such an unlucky day.  Where does such a profound fear originate?  Why does it endure even in our modern age?  How does it manifest itself in the world around us?

Beginnings of a Belief in the Unlucky Day 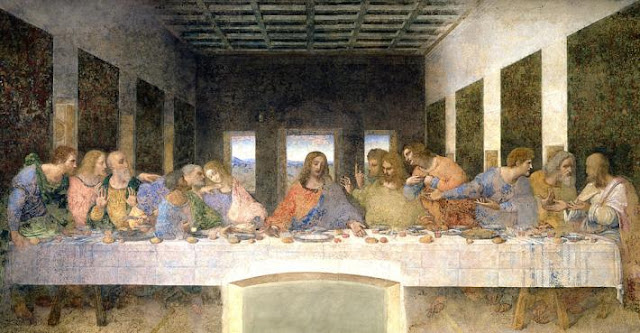 Many theories attempt to explain the origin of the belief that Friday the 13th is an unlucky day.  One theory suggests that the belief is rooted in the Bible.  For instance, it is well known that Jesus was crucified on a Friday, making that day particularly ominous among the weekdays.  In addition, Judas, Jesus' betrayer, has traditionally been considered the 13th guest at the Last Supper.  Some biblical scholars also believe Eve tempted Adam on a Friday, and that Cain slew Abel on Friday the 13th. The 13th Psalm in the Bible also concerns wickedness and corruption.

However, others suggest an even older origin.  The ancient Romans cursed the number 13 due to their belief that witches gathered in covens of 12 members; the 13th member of their group was the Devil. So did the ancient Persians who believed that chaos would reign in the 13,000th year.

Moreover, according to Norse legend, the Viking gods hosted a huge feast at which 12 gods attended. Loki, the trickster god, showed up uninvited as the 13th guest and tricked one of the other gods (the blind god Hoor) into killing Balder the Beautiful (the god of joy and gladness) with a mistletoe-tipped spear. As the story goes, when Balder was slain the Earth fell into darkness and mourning.  A very unlucky day, indeed.

More modern explanations include the killing of the Knights Templar, which occurred on Friday the 13th in the year 1307.  It certainly was an unlucky day for them.


In addition to historical references supporting the belief that Friday the 13th is an unlucky day, numerologists also believe that 13 is an unlucky number.  12 is viewed as a "complete" number because there are 12 months in a year, 12 signs of the zodiac, 12 gods of Olympus, 12 labors of Hercules, 12 disciples of Jesus, 12 tribes of Israel.  You get the picture.  13 is viewed as being outside of this "completeness," and therefore, an unlucky number.

Other superstitions echo this belief in the unlucky nature of 13.  For instance, there is an old superstition that, if you have 13 letters in your name, you are cursed.  Sounds silly, right?  But consider this - Charles Manson, Jack the Ripper, Jeffrey Dahmer, Theodore Bundy, and Albert De Salvo all have 13 letters in their names.  Adolf Hitler was born Adolfus Hitler...13 yet again. 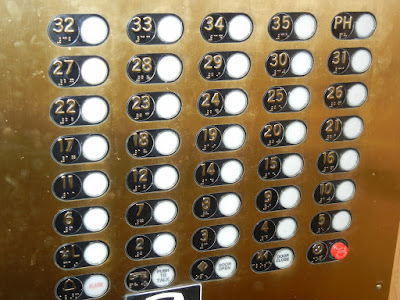 Whatever its origins, the belief that Friday the 13th is an especially unlucky day endures in spite of our modernity, and the belief manifests itself in the world around us.  Because so many people refuse to transact any kind of business on Friday the 13th, U.S. businesses lose almost $1 billion - that's with a "b" - every Friday the 13th.  80 percent of all high-rise buildings in the U.S. do not have a 13th floor.  Hotels and hospitals frequently do not have a Room 13.  Many airports do not have a Gate 13.

So is there anything to all of this uproar over Friday the 13th. Probably not.  It is a conflation of beliefs in the unluckiness of Friday and the unluckiness of the number 13.  Put together, the two are a powerful combination for those who are superstitious or have a tendency to believe that fate is a matter of luck rather than free will or determination.  For instance, many consider Dan Marino, quarterback for the Miami Dolphins to be one of the best quarterbacks who never won a Super Bowl.  Guess what his jersey number was...13.

For those who suffer from triskaidekaphobia, the fear of Friday the 13th is all too real, and it can be crippling. Those folks are breathing a sigh of relief that we are past Friday the 13th...for now.  Only one more to go this year - Friday, October 13, 2017.  Good luck!