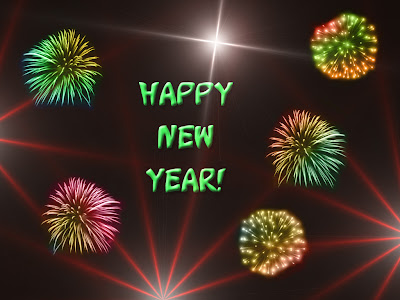 For many in the US, the quintessential New Year's celebration is the dropping of the ball in New York's Times Square, an American tradition dating back to 1904.  However, it may surprise some to learn that celebrating the "new year" is a much older, human tradition that has taken - and continues to take - many forms.

Ancient Babylon - The Festival Of Akitu

The first recorded ritual celebrating a "new year" was the festival of Akitu in Babylon, observed as far back as 2500 BCE.  Unlike our present-day New Year's celebrations, however, Akitu was a week-long event, and was celebrated on two occasions - during the spring and autumnal equinoxes.  The spring celebration was most closely associated as marking the beginning of the Babylonian New Year, where the people of Babylon welcomed the renewal of spring as a symbol of continued prosperity for their Mesopotamian city.

In 46 BCE, Julius Caesar sought to recalculate the Roman year, making it a solar calendar instead of a lunar calendar.  This calendar, which came to be known as the "Julian calendar" established January 1st as the beginning of the New Year instead of March 1st, which had been the previous date in the Roman world.

In 1582, Caesar's selection of January 1st was carried over into the "Gregorian calendar," the calendar in use today in much of the world.  After the fall of the Roman Empire, but prior to 1582, celebrations of the "new year" occurred at different times throughout Medieval Europe.

Even today, in determining when to conduct celebrations and rituals, not all cultures follow the Julian/Gregorian calendar.  The Chinese New Year, for example, a month-long festival, can be celebrated anytime from late January to early February.

In addition to different times when the New Year is celebrated, different cultures throughout the world celebrate it in unique ways.  In Spain, for example, instead of Champagne, revelers eat 12 grapes in the seconds before midnight.  Similarly, in Greece, people eat ring-shaped cakes with coins baked inside.

You can learn more about the history and traditions associated with New Year celebrations by watching these informative videos from History.com, here and here.