In the US, much of our collective mythos is rooted in quotations from lawyers, writers, artists, sports figures, celebrities and, of course, politicians.   Frequently, however, so-called "famous quotations" are either mis-quotes, never said or attributed to the wrong person entirely.

Such occurrences can be serious business, depending on circumstances.

In this video clip from Mental Floss, you will learn 50 of the most commonly misquoted quotations.  I found this to be very entertaining; there are even 2 or 3 references to fictional or folklore characters.

Most notably, the video points out that we attribute the following quotation to the Evil Queen in Snow White & the 7 Dwarves:


"Mirror, mirror on the wall; whose the fairest of them all."

In fact, the Evil Queen says:


"Magic mirror on the wall; whose the fairest of them all." 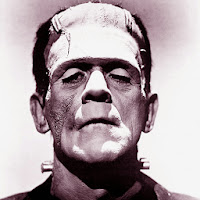 And, as we learned in the third installment of our '7 Tales in 7 Days' series, "Frankenstein" never was intended to refer to the monster in Mary Shelley's classic.  Rather, it is supposed to refer to Dr. Frankenstein.  However, the term became so ubiquitous that it is used to refer to both, interchangeably.

That does it for this week's 'Fables & Phrases.'  I encourage readers to check out this video clip.  I think you will find it amusing.