For this week's "Fables & Phrases," we examine some phrases common in times of chivalry.
In medieval Europe, chivalry was an important subject.  Wars and battles were fought according to "The Knight's Code of Chivalry."

According to Wikipedia, this code was a moral system that, essentially, required knights to protect those who could not protect themselves.  Over the years, it expanded to include concepts like knightly honor, courtesy, fidelity, courtly love, and many others.  Germanic in origin, this code determined not only which battles or wars were deemed worthy of fighting, but how such fighting would be conducted.


One concept that arose out of "The Knight's Code of Chivalry" was the notion of honor in warfare.  Such a notion may seem entirely alien to us, with out modern-day concerns over things like drones, guerrilla warfare and widespread espionage.  To medieval warriors, however, it was an important sign of respect.

The phrase "honor of war" pertained to a custom of showing honor to a foe, even once they were defeated.  The custom involved allowing the defeated foe to march out of a surrendered area (e.g., a town, stronghold), drums beating and colors flying.

We see this practice in a clip from the film "Last Of The Mohicans," based on the book by James Fenimore Cooper. 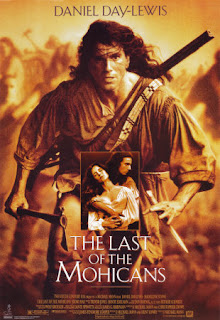 In the film, the French & Indian War of 1754-1763 is raging in the American colonies.  A victorious French army allows a defeated British garrison to march out of a surrendered fort with "honors of war."

It is interesting to note that the French & Indian War was, perhaps, the last major conflict in the West where such chivalrous notions of warfare were recognized.  This was due, in no small measure, to the initial success the French enjoyed by adopting tactics like guerrilla skirmishing.


Another medieval concept involving honor in warfare was the idea that honor could be lost due to conduct deemed unworthy of a chivalrous knight.  A knight guilty of dishonorable conduct was required to alter his shield by placing "charges" on it.  Because a knight's shield typically bore his coat of arms, these charges were usually designs or figures of some sort.  In a pictorial fashion, this let others know the nature of one's un-knightly misdeeds.

An example of such a design can be seen in the figure here, known as the lion's courad (Fr. coward).  Note the location of the lion's tail, tucked between his legs to denote cowardice.

For an interesting list of the offenses that could lead to "abatement of honor," you may wish to consult this Wikipedia article.  Among the nine offenses, in addition to cowardice, are lying to a sovereign, false claims of valor, adultery, and killing a prisoner who has demanded quarter.

In the U.S. military today, we see a concept similar to "abatement of honor" in the process of dishonorable discharge. Just as it could be lost, honor could be gained or restored.  This was known as "augmentation of honor."  To this day, the royal shield of Scotland bears a figure of a lion pierced through the mouth with an arrow, see right, which was granted as an augmentation by Henry VIII to the Duke of Norfolk for repelling the invading Scottish army.  This is known as the Flodden Augmentation.