Walking On Knives: The Real Story Of 'The Little Mermaid'

Another day, and time for another installment of our "7 Tales in 7 Days" series.  For this second installment, we chose what seem to be a surprising candidate for re-telling, The Little Mermaid.  In fact, many of you may be saying to yourself, "How could this tale be creepy, bloody or tragic.  It's about a beautiful mermaid who finds her prince in the end, right?"  Cute singing sea creatures, right?  Wrong.

The Little Mermaid is a folk story written by Danish author Hans Christen Andersen.  First published in 1837, it tells the tale of a young woman who finds herself willing to give up her life as a mermaid to be with the man of her dreams, the Prince, whom she has saved from drowning.

There are several catches, however.  Once she drinks the potion, the Little Mermaid will never again be able to return to a life in the sea.  Okay, not so bad so far, you may be thinking.  She wanted a change of scenery anyway.

In addition, the Sea Witch tells her, when she drinks the potion, it will feel as if a sword is passing through her body.  Okay, okay, you may be saying, "I get that it is going to hurt for a little bit, then it's over, right?"  Not so fast.

Even though the Little Mermaid will have two beautiful legs where fins once were, and she can walk and run and dance, if she wants to, it will forever feel as though she is walking on sharp swords or knives.  In fact, the pain will be so terrible as to make her feet bleed profusely.

(Aside:  What's up with the bloody feet symbolism, if it is symbolic?  We had it in Cinderella, and now here we go again.)


Finally, in exchange for legs, the Little Mermaid must give up her tongue; i.e., singing voice, and be rendered mute.

Despite these terrible consequences, the Little Mermaid goes through with it, drinking the potion.  She meets the Prince who is mesmerized by her, but like Princes are wont to do, he ends up marrying another young woman entirely...nothing like this clip from the Disney version would lead one to believe, eh? 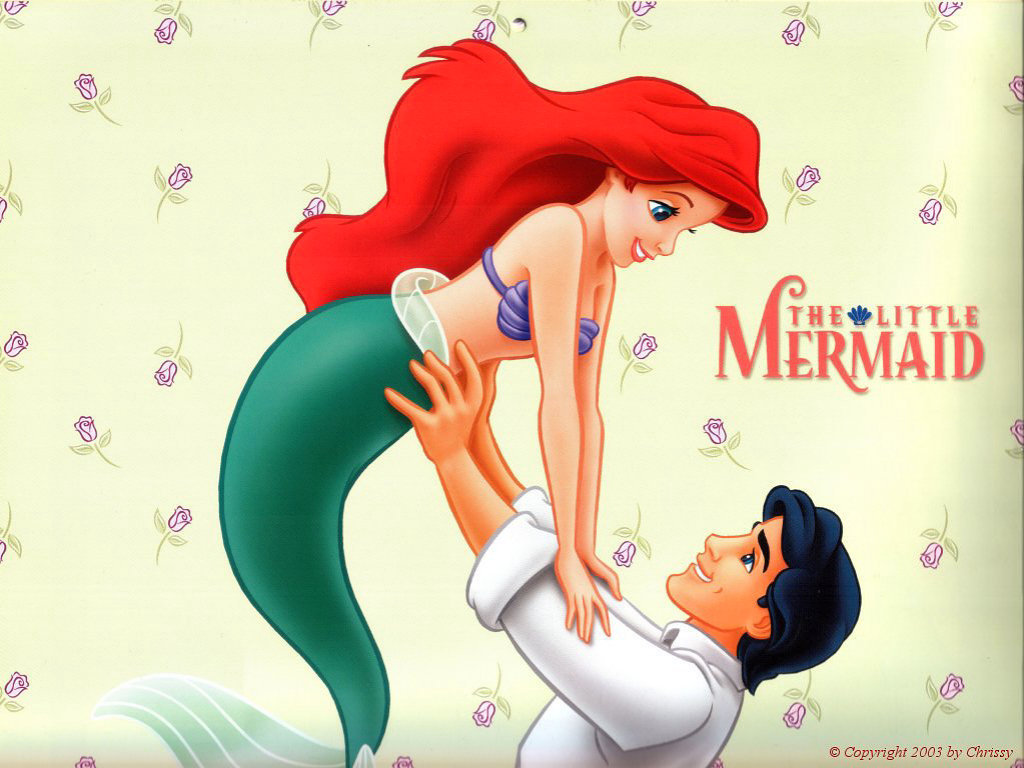 Distraught over all that she has sacrificed, the Little Mermaid is given a way out of this quandry.  Her sisters bring her a knife from the Sea Witch, and they explain that, if she slays the Prince with the knife, and lets the blood drip on her feet, the spell giving her legs will be broken and she can return to the sea.

Unfortunately, the Little Mermaid is so broken-hearted by this point, she cannot bring herself to slay the Prince.  In the end, she ends her own life by throwing herself into the sea.

Thankfully, there is a bit of light right at the very end of this tale.  Rather than dissolve into sea form and cease to exist, as happens to mer-folk, the Little Mermaid becomes an eternal spirit of the air.

Even with this crumb that Andersen tossed his young readers, the real story of the Little Mermaid - with its sword stabbing pain, bloody feet and unrequited love - is a far cry from Disney's version, with its frolicking, singing crab.

To learn more about the original Hans Christian Andersen tale, read this Wikipedia article.  You can also read about 11 famous mermaids and their creators, including the Little Mermaid, by following this link to a great article from Mental Floss.