The Thing Inside 'Alladin's Wonderful Lamp'

To get us back on track with our '7 Tales in 7 Days' series, I am posting a second tale tonight, in addition to the one I just posted about Rumplestiltskin.  This tale examines another familiar folktale, turned Disney snow job - Alladin - otherwise known as Alladin's Wonderful Lamp (Alladin).

Thousand And One Nights, Or Arabian Nights


Alladin is one of the most well-known stories forming the collection known in the West as Thousand and One Nights or, more commonly, Arabian Nights.  The collection was compiled over many centuries, and was first published in English in 1706.  Interestingly, according to Wikipedia, the Alladin story, while so closely associated with the collection and certainly of Middle Eastern origin, was added to the collection in the 18th century by French author, Antoine Galland.


The story follows a young beggar boy, Alladin, who encounters an evil sorcerer.  While passing himself off as a relative who desires to give the boy riches, the evil sorcerer secretly convinces Alladin to obtain a magic oil lamp from a cave protected (and booby-trapped) by spells.  To the sorcerer's surprise and delight, Alladin secures the lamp, only to discover that the lamp holds a very special secret.  It is inhabited by a "genie of the lamp" who is bound to serve whomever is in possession of the lamp. 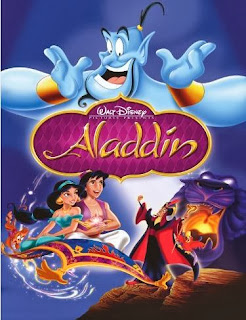 Worse even still, however, is the 1965-1970 television series, "I Dream of Jeannie," loosely based on the Alladin myth, where Barbara Eden (pictured below) played a scantily-dressed, sexy genie opposite her "master," played by Larry Hagman. 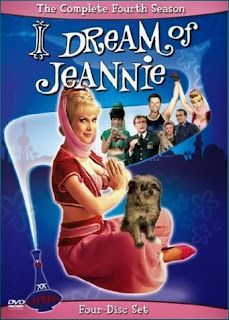 The Demon Of The Lamp?

In truth, the creature inhabiting the oil lamp discovered by Alladin is one of the oldest - and most malevolent - creatures in all of mythology.  The creature is known as a jinn, or djinn.

The word "jinn" or "djinn" comes from Arabic, meaning demon, demons or demonic.  According to Islamic legend - and mentioned in the Qur'an (15:27) - the djinn are fiery spirits, capable of assuming human or animal form, and influencing mankind to evil ends.  Only in the Western world are they called "genies."

According to an article in Encyclopedia Mythica, the highest of the djinn, is Iblis or Eblis, also known as Azazel, the prince of darkness.  In the Western world, we know him by other names - Satan, or the Devil.

So, as you can see, the true djinn myth is a far cry from Disney's version or anything even remotely connected to Barbara Eden.

For those of you interested in a cinematic portrayal that, at least, approximates the original djinn - or if you are (like me) a sucker for B-rated horror flicks - you might try Wes Craven's "Wishmaster" films.  The first - and best - in the series is pictured right.

Email ThisBlogThis!Share to TwitterShare to FacebookShare to Pinterest
Labels: Aladdin, djinn, genie, islam, jinn, muslim, One Thousand and One Nights