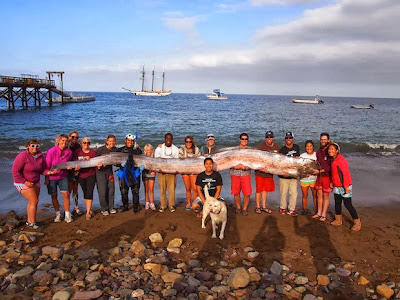 On Sunday, October 13, 2013, a snorkeler and marine science instructor, Jasmine Santana, discovered the 18-foot carcass of an oarfish, pictured left.  The discovery was made in Toyon Bay.


The most notable feature of an oarfish is its long, ribbon-like body, shown below, which can grow to 100 feet in length.  Oarfish can weigh upwards of 600 pounds. 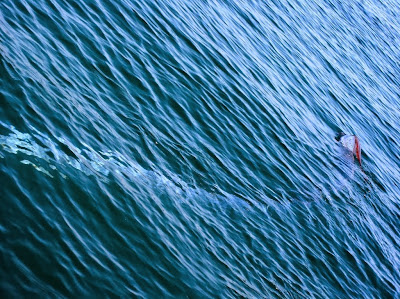 According to eyewitnesses, it took 15 people to bring the carcass found near Catalina Island to shore.

Unlike the tall tales told about them for centuries, oarfish feed mainly on krill and other small organisms, not sailors or swimmers.  They inhabit depths of 1,500 to 3,000 feet, and typically, are not seen in shallow waters unless in distress or dying.


Contrary to sea lore, they do not rise from the ocean depths to pull ships to the bottom of the sea.  In fact, the handful of individuals who have encountered live oarfish describe the creature as docile. 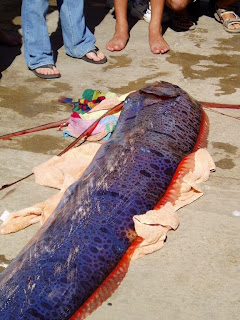 In addition to its length, the oarfish possesses a distinctive, red dorsal fin, shown left, which runs the length of its body and can also be raised.  Undoubtedly, the creature's remarkable anatomy contributed to the myth that the oarfish was a species of underwater dragon.

Find out more about this amazing discovery at Catalina Island here.


For discussion of what is believed to be the first ever footage of a live oarfish, follow this link.