How The 'Jack O'Lantern' Got Its Name 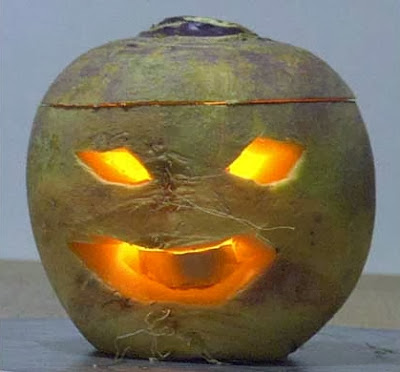 From Turnips To Pumpkins:  A Halloween Tradition


Welcome the fourth  installment of our '7 Tales in 7 Days' series celebrating Halloween.  For this installment, we examine a practice that is, undoubtedly, the one most closely associated with the Halloween holiday - carving pumpkins.

Considering how ubiquitous carved pumpkins are at Halloween time, it may come as no surprise that the carving of Halloween pumpkins is purely an American tradition.  However, the tradition has far older, European roots. The turnip lantern, for example, shown above, is a Celtic predecessor to the American Halloween pumpkin.  You can learn how to make an authentic, Celtic turnip lantern here.

When the practice of carving these handmade candles was brought to the New World by Irish immigrants, they discovered a much more abundant crop suitable for the purpose - the pumpkin. And so, our modern conception of the 'Jack O'Lantern' was born.

The Legend Of Stingy Jack


But, where did the 'Jack O'Lantern' get its name?  According to About.com, the name 'Jack O'Lantern' is British in origin, dating to the 17th century, where it literally meant 'man with a lantern' - i.e., the night watchman. The origin of the 'Jack O'Lantern,' however, is Irish, and older.  It dates to the 1500s and centers on an Irish legend about a man named 'Stingy Jack.'

As the legend goes, Stingy Jack, a blacksmith, invited the Devil to join him for a drink.  True to his reputation, Stingy Jack did not want to pay for the drink, so he convinced the Devil to turn himself into a coin instead.  Stingy Jack then trapped the Devil-coin in his pocket by placing a silver cross in his pocket so the Devil could not change back to his former self.  Ultimately, Jack freed the Devil, but only after making the Devil promise not to seek revenge or claim his soul when he died.

Afterwards, Jack suckers the Devil yet again by convincing him to climb a tree and pick some fruit.  While the Devil is up tree, Jack carved a cross on the trunk of the tree, trapping the Devil.  As he did before, Jack frees the Devil after securing a promise of no revenge and that the Devil not claim his soul when Jack died.

Shortly after the incident with the tree, Jack died, whereupon his soul encountered an unexpected dilemma. God refused to allow Jack's soul into Heaven.  The Devil, being true to his word, refuses Jack's soul into Hell.  Instead, the Devil gives Jack a burning lump of coal and sends him forth into the world to "find his own Hell."  It is said that Jack put the coal into a carved out turnip and has been roaming the Earth ever since.

We hoped you enjoyed tonight's installment.  You can find additional, excellent renditions of the 'Legend of Stingy Jack' at History.com and Mental Floss. 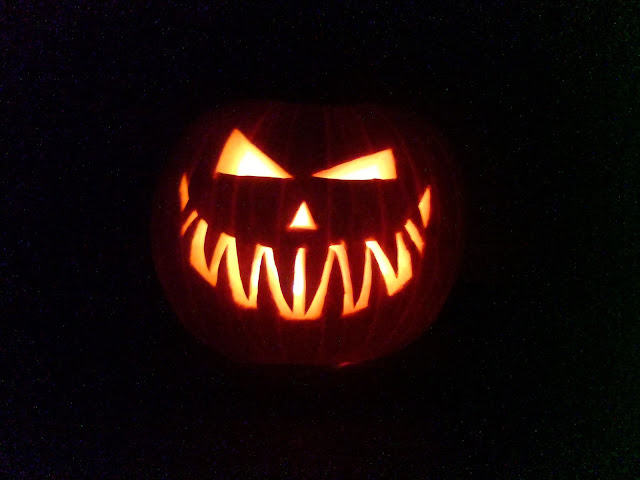